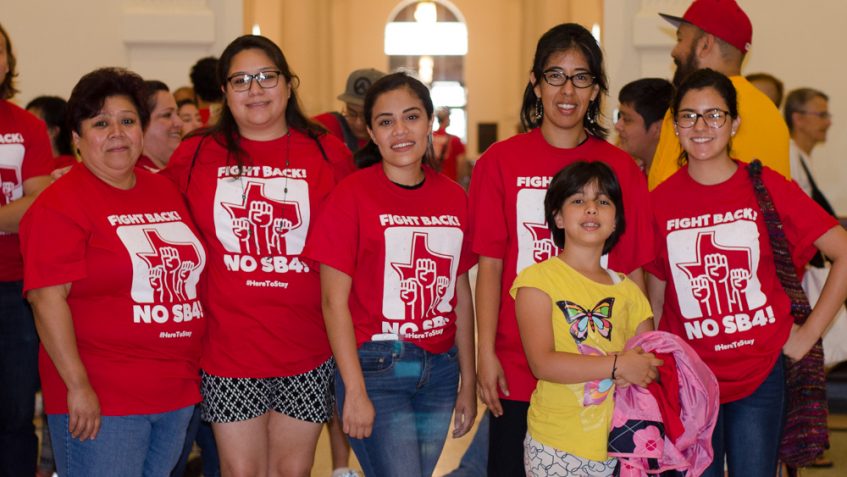 by Administrator in Featured News, News

On the last day of Texas’ 85th legislative sessions,  more than 1,000 people took over the State Capitol to protest SB4. Signed by Texas Governor Greg Abbott, SB4 is the worst “show me your papers” law in the country and one of the most hateful and extreme laws to be passed in Texas during our lifetimes.

When it goes into effect on September 1, local law enforcement would be forced to carry out President Trump’s mass deportation agenda, inflicting punishment on our families, and exacerbating the crisis of racial profiling in our communities.

Members of the Latino civic engagement organization Jolt were present to make their voices heard and dropped Poderosa, a portrait of an undocumented mother and her kids, from the gallery. “We brought the portrait to remind lawmakers that immigrant families are resilient, powerful and deserve to be treated with dignity and respect” said Jolt Organizer Liliana. 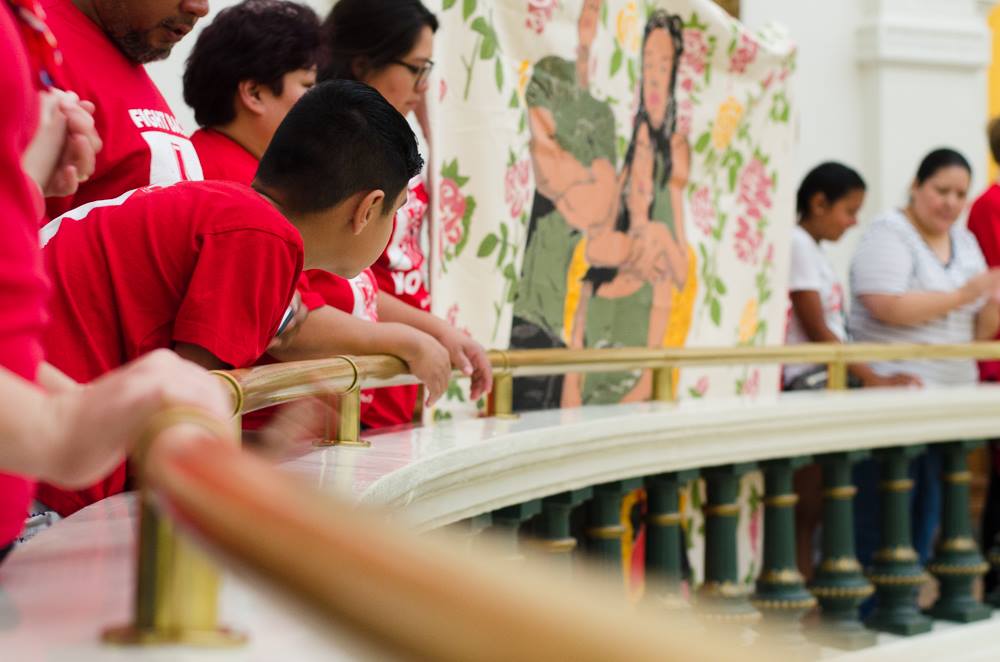 “The fight against SB4 is just starting,” said the Executive Director of Jolt Cristina Tzintzun. “We will not be intimidated by racist lawmakers like Governor Abbott and Matt Rinaldi who want to treat our community like criminals and tear apart our families.”

This summer Jolt is partnering with the National Day Laborer Organizing Network to launch a grassroots campaign to fight SB4, but we need your help. We’re calling on allies and friends across the country to help organize the resistance in Texas. Together, we can put an end to this racist and hateful law. Sign up here to join the fight.